In my previous post I wrote about adopting UIApplicationShortcutItems in your app. Now it’s time to implement Peak&Pop - a feature provided by 3d Touch. 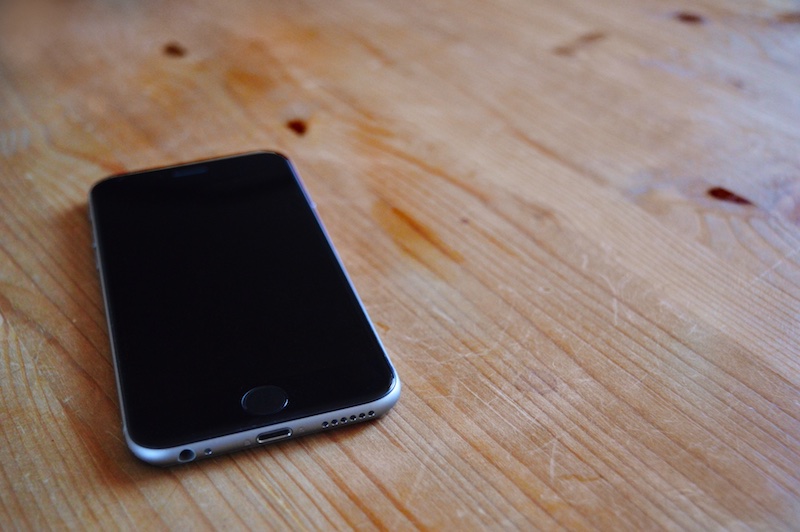 As you can see the above code uses the traitCollection property. It is available in every UIViewController and provides information about controller environment. In documentation we can read about it:

So when we access traitCollection and get information about forceTouchCapability. It will return one of these values:

Another method that needs some attention is registerForPreviewing. It register UIViewController for force touch events. Documentation:

All registered, what’s next?

We should take a look on UIViewControllerPreviewingDelegate - this delegate class is responsible for handling events from 3d Touch in view controller that implements methods of this delegate.

There are two methods:

First method is responsible for catching force-touch events. For example if you firmly press some view in UIViewController, that conform to UIViewControllerPreviewingDelegate, the method will be called once until you release your finger or press more strongly the view. As you can see this method returns an optional UIViewController?. The controller returned from this function is used for action called Peek. There is also a second parameter named location it will give you an information about at what CGPoint in ViewController’s view, the app received force touch. Here you can see what the Peak looks like:

Important thing is that when the viewControllerForLocation returns nil the second function viewControllerToCommit will be not called.

In this method we can present viewControllerToCommit or do another actions e.g animate touched view.

Let’s imagine that you have UIViewController that contains two UIImageViews with beautiful apple images inside. For this controller we want to implement 3d Touch Peak&Pop feature. 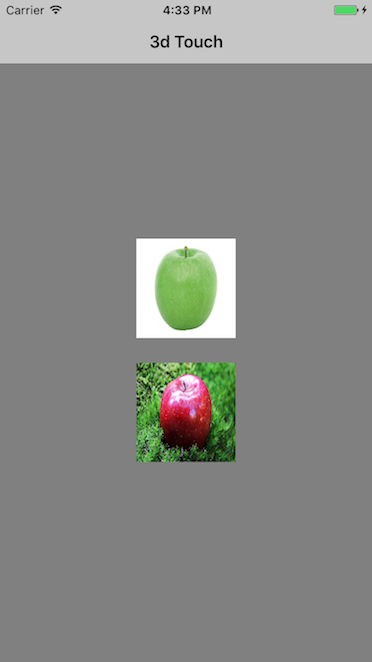 In viewDidLoad() function, register our controller for force touch events.

Create and add the UIImageViews to the array named forceTouchableViews. In my implementation I created AppleImageView class that inherits from UIImageView and have a appleDescription property.

You might be wondering why the forceTouchableViews is needed. But keep calm and continue reading, I will get back to it later :-).

For my purposes I created an Apple model class that holds name and image property. Also I created AppleDescriptionViewController which will be responsible for representing the viewControllerToCommit parameter.

It converts input point to location in superview(if exist) and then checks if that location is inside UIView’s bounds. If yes then it will return true and we can say that our view was touched.

If I determine that some of my apple image views was touched, then I create a AppleDescriptionViewController and return it.

The only thing just left is to press a little bit harder on our apple image view and we will get into last step. The body of that function is simple as follow:

I don’t like the way to determine what view user touched. Checking a point and calculating location for that is not really nice. Maybe another, better way to implementing 3d touch mechanism for views could be: extending a UIView class by some property like 3dTouchGestureRecognizerDelegate then implementing some methods like in UIViewControllerPreviewingDelegate. Then we don’t have to check whether view was touched, because on the delegate methods the touched view could be passed as method parameter. Something familiar to gestureRecognizer. Maybe in future iOS updates the API will be changed? To sum up, UIViewControllerPreviewing allows us the create pretty nice features and I highly recommend to use that and make your application better!

The whole implementation with example app you can find in my GitHub repository .

Thanks for reading, and see you soon!